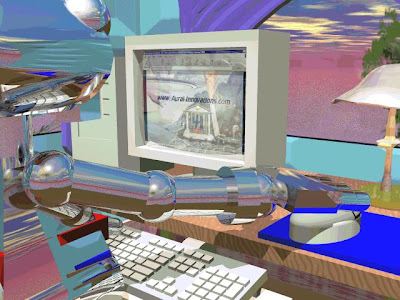 The Homemade Alien Music podcasts are hosted and narrated by veteran electronic artist Hal McGee, and all feature selections from his personal collection of classic cassette releases of homemade experimental, electronic and rock music of the 1980s and 1990s and some from the 2000s and 1970s. Hal published 17 Homemade Alien Music programs at podomatic.com in 2006. All 17 are reissued here, with links below to each of the programs.
Be sure and visit Hal's web site at Alien Music Podcasts. He has many (and I mean LOTS) of hours of audio and video on his site, representing his work from the early 1980s to the present. I consider his web site to be a stellar example of how artists can use the internet, and its most basic tools, to document their history and share it with the world.